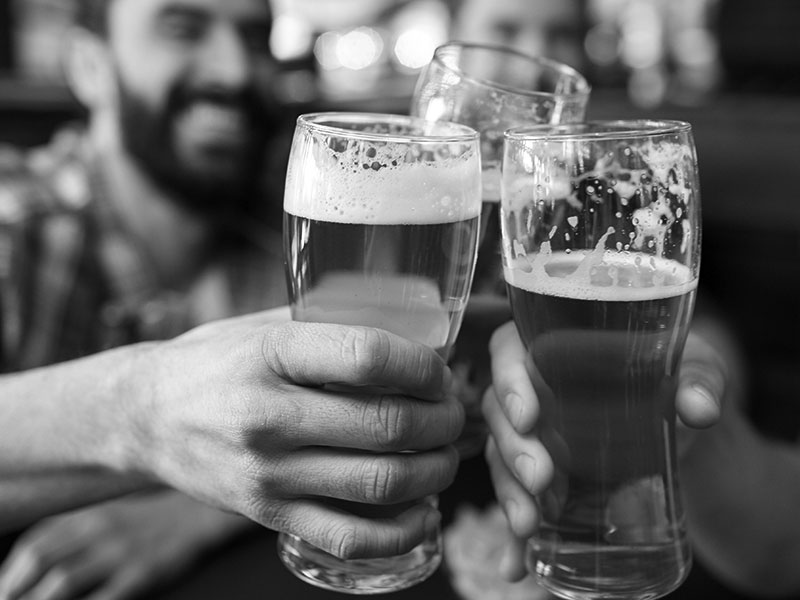 We have over 75 beers, including more than 20 beers on tap. We carry a variety of domestic, craft and import beers, including some of the best Eastern European beers like Karlovacko, Lasko and Okocim. We usually have a few nice seasonal beers that don’t make the printed list (you’ll just have to come in to see which ones we’ve got this season).

We also have a wide assortment of liquors and we’ve selected a handful of wines to accompany the dogs. Plus, we now carry bottles of Orange and Grape Crush, IBC Root Beer, and IBC Cream Soda.

Here’s a list of some of the beers you can find at the Dog: